Sharing stories of inspiration is one of the goals of Combat Boot Mama. I believe that sharing birth stories that are raw and real can help women everywhere reclaim the trust in their bodies and make birth a natural and beautiful event again for those who have faced traumatic birth.  Today, I’d like to share a beautiful VBAC story with you.  But not just any VBAC, a beautiful home birth!

“I’m laying in bed beside this angel, and it is hard for me to believe that it happened – just like that.  Everyone tells you that your body knows what to do – that you will know what to do.  But after our first birth, there was so much doubt in my own body and its ability to birth a baby.  I had so much doubt in myself.

I cannot share Agnes’ story without first sharing a little about our son Davey’s birth:

4 years before Aggie was born, in a hospital waiting room, my husband and I were recovering both mentally and physically, from the traumatic birth of our son.  It was now six days after his birth, and although I had been released, our newborn boy had not.  He had spiked a fever the day we were to be released, and when they tested his blood, the blood sample grew and they began antibiotic treatment for an infection (they were not yet sure what).  Our birth had already been traumatic, culminating after days in a cesarean after being diagnosed with “cephalopelvic disproportion”.  I had gone to the hospital at 5cm and quickly moved to 7.  I got on the toilet and had contractions there, threw up and felt pushy.  I asked my husband to call the midwife and tell her that I was ready to push.  When she arrived, however, I was checked and told I was still “only 7cm”, and that I was “probably going to stay at 7 for hours and of course I couldn’t be feeling pushy…lets talk pain management ” – they called into question my ability to read my body’s cues, and made me doubt myself.  13 hours later I was still 7cm and had lost the urge to push or to continue, but I was stubborn.  We labored another 16 hours when my care provider told me that as midwives they could no longer care for me, and that the doctor on call would have to take over.  He came in ready for a cesarean.  After days of labor, my husband was the first to hold our son.  When he was handed to me I couldn’t sit upright – I couldn’t feel myself, and so began months of hard work to gain back that important time we lost in those first hours to connect.  Our stubbornness helped to get us through those first 10 days in the hospital, where I pumped every 2 hours to feed him my breast milk that he refused to take from my breast.  When we refused to allow our newborn to be moved to the nursery to get his antibiotics rounds and made them come to us in the waiting room where we were “living”.  When we refused to allow the medical staff to use scare tactics every time we questioned what they were doing, or refused the spinal until we had more proof of an actual infection (the second blood sample came back normal, which meant that the first sample that “grew” was contaminated and he was being treated for an infection he never had). 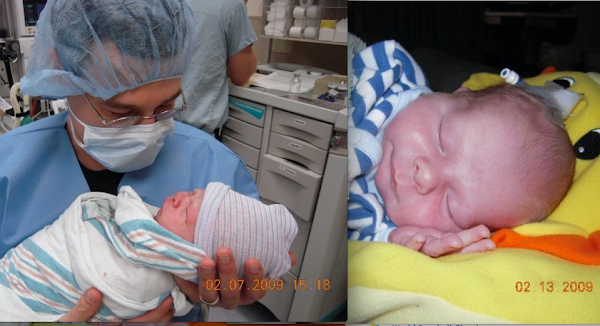 Our hospital experience left my husband and I heartbroken.  It took over a year for us to talk about our experience, and much longer to even consider the idea of more children.  The ONLY reason we decided to start trying was we both knew we didn’t want an only child – but we also knew we didn’t have another birth like Davey’s in us.  I knew that if we were going to do it again, we were going to do everything in our power to have a HBAC.  My husband, while a little worried, was completely on board.  He couldn’t go back to the hospital, either.

Once I got pregnant, I worked hard to find the midwife right for me.  I was worried though – I had thought I made the right choices with my last care providers – how could I rely on my gut feelings when I had been so wrong before?  I did my research, talked to other homebirth moms and felt confident in the midwife I chose.  I am a runner, completing my first marathon a month and a half before I got pregnant.  I believe this marathon was a test to show myself that I could go mind over body – that I could do something hard – and that my body was not broken.  When I got pregnant, I didn’t stop running.  Every run was proof that I was healthy, and my body could do anything I wanted it to do.  At 26 weeks pregnant I finished my 2nd  26.2 marathon, proving to myself that if I could do that, I could do anything. 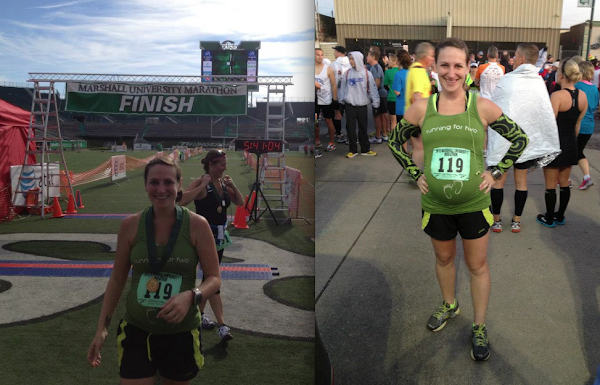 Every urine sample, every blood draw, every run was replacing doubt with the confidence in my ability to birth the baby that was growing inside of me.  I read birth stories and looked for other ways to ensure success.  At 32 weeks I started drinking red raspberry leaf tea and at 36 weeks started to eat 6-8 dates a day (http://www.ncbi.nlm.nih.gov/pubmed/21280989).  I went to a chiropractor, a cranial sacral therapist, and took prenatal yoga.  I took my vitamins everyday and ate right.  And of course, I continued to run… 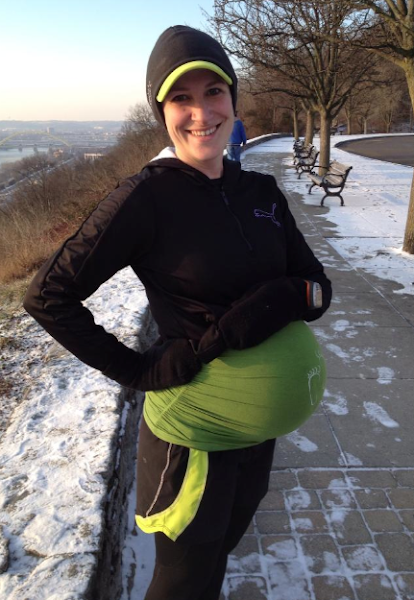 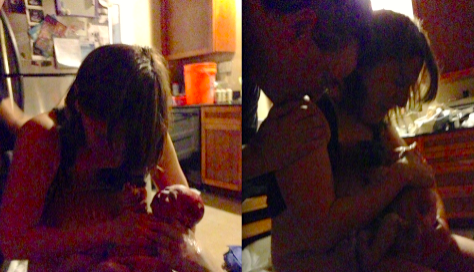 It took a couple minutes to realize we didn’t check the gender yet.  I opened the blanket we covered her in and were surprised to find that we had had a girl!!  Evren Agnes was born at 12:04, just over an hour after calling our midwife to come, and less than 3 hours after my waters broke.  She weighed 7lbs, 7 oz.  We are over the moon with love, but also with the joy of how our little Aggie made it into the world on her own terms. 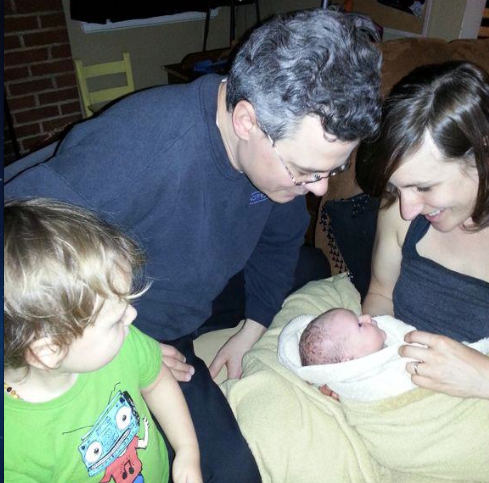 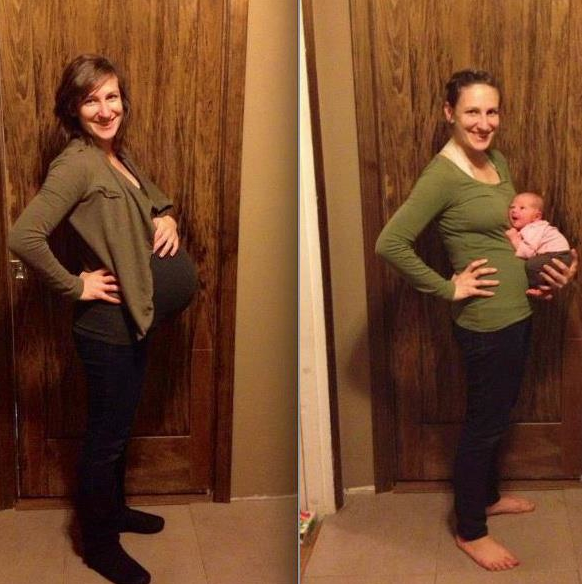 It is important to note that the birthing experience with my son did not go according to plan. We had wanted Natural Childbirth. The Hospital and “Midwives” there did nothing to help us get what we wanted. Instead, they found every way in the world to defeat my wife’s spirit, and deny us the gift of having our son born naturally. I was the first to hold my son; he was delivered via C-Section. While I wish that he had not been born this way, and that this was not what we had wanted, it left my wife with an emotional scar that I feel responsible for.

When my daughter was born, I felt that this helped to partially heal that wound for her. This proves, without a shadow of a doubt, that my wife can do whatever she sets her mind to. Run a marathon? No problem. Run a marathon pregnant? No problem. Give birth to a baby in our kitchen? No fucking problem. The female body is an amazing thing. My wife is an amazing woman. I am proud of her, and our family. This experience was great. I recommend Home Birth. Check it out.”