Recently there have been more than 20 cases of the measles reported in Texas.  This has led to many people asking families who don’t vaccinate, like us, “Aren’t you scared that your child will get measles?” And my short answer is “No.”  The long answer involves discussing the symptoms and severity of the disease, what the statistical chances are that he would be infected, and how we keep our son’s immune system healthy.

According to the Centers for Disease Control, Measles is a respiratory disease caused by a virus that has symptoms of fever, runny nose, cough and a rash all over the body.   The virus normally focuses upon the cells that line the back of the throat and lungs, and is spread when an infected person coughs or sneezes.  Of those children infected, 1 in 10 (10%) get subsequent ear infections, 1 in 20 (5%) gets pneumonia, 1 in 1000 (.1%) gets encephalitis, and 1 or 2 in 1,000 (.1% – .2%) die.  Measles can also cause pregnant women to miscarry or have premature labor.  While encephalitis and death are very serious consequences of measles, they are extremely rare.  To put it in more perspective, we will need to discuss the statistical risk of measles.

The CDC has also reported that  “During 2011, a total of 222 measles cases (incidence rate: 0.7 per 1 million population) and 17 measles outbreaks (defined as three or more cases linked in time or place) were reported to CDC, compared with a median of 60 (range: 37–140) cases and 4 (range: 2–10) outbreaks reported annually during 2001–2010.”  Preliminary mortality statistics for 2011 indicate one death in the United States in that Year.  Based upon the population census conducted by the US Census Bureau, The estimated population of the United States in 2011 was 311,591,917.  This would have made your chances of contracting measles in 2011 approximately  0.00071247% and the chances of dying from the measles 0.0000003209326%.  Granted, if you lived in the areas where the outbreaks were occurring your chances would be slightly higher.  However, there are more ways to protect your children than to vaccinate.

Strengthening immune system function can ensure that your child can fight viruses that it comes into contact with.  Using a daily multivitamin, and good quality probiotic are important to us to ensure that our son has a strong immune system.  If we lived closer to the outbreak areas, we might increase his Vitamin D and Vitamin C intake as well.  But since our son is healthy, we are confident that his body would be able to fight the measles effectively and his chances of having severe symptoms is low.

Measles used to be a very common childhood disease.  Boys and girls used to have the measles during their childhood and gain life long immunity.  Girls would then grow up, and have children.  During the first 12-18 months of the baby’s life, the mother would pass those antibodies to their child, providing temporary protection to them from the measles during this fragile time in the child’s life.  Then the cycle would continue, generation after generation.  I think that some of the fear that people have regarding the measles is that children do not receive the first of two MMR vaccine injections until their 12 month well visit.  The vaccine does not provide life long immunity, but temporary immunity, so the antibodies are not passed from mother to child as they would be with a naturally acquired immunity.  It is unfortunate that by increasing our reliance on vaccinations to protect our children, we have actually decreased the protection to those most vulnerable to the most severe second and third order effects of the disease.

Prior to the introduction of the vaccine in 1963, the mortality rate from measles was already on a heavy decline in the United States.  In 2011, the same year that I used earlier to illustrate the risk of the disease in the United States, there were 2,730 adverse reactions posted to the Vaccine Adverse Event Reporting System (VAERS) for the MMR & MMRV vaccines. Of those, there were 8 deaths reports from the MMR &/or MMRV vaccine. There was one death reported in the same year from Measles.  So, we have not only lost our life long immunity and our ability to protect our youngest children, but we have actually increased our risk of death by vaccinating.  And that, to me, is scarier than the disease itself.  We’ve tried to control something with the intent of making our lives better, but in reality we have increased the danger for our babies. 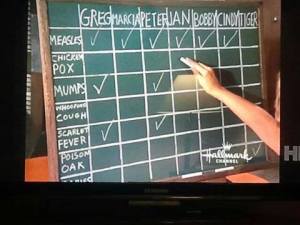 This post has been edited to include mortality rates for both Measles and the Measles Vaccine.